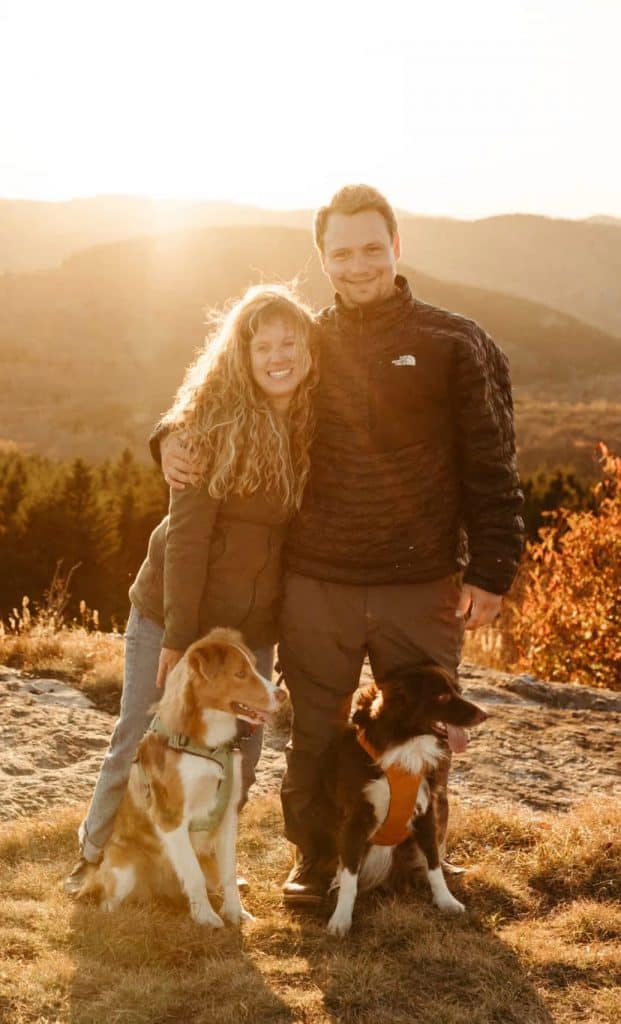 Edward, often referred to as Ed, was born in England and grew up splitting time between Charlotte, NC and Bristol, England. Growing up Ed would spend a lot of time outdoors, hiking, biking, backpacking, among others, and was always cognizant of the major impact humans have on our planet. After finishing high school in Charlotte, Ed moved to Boone, NC to attend Appalachian State University.

Due to his upbringing and concern for the environment, Ed was originally interested in a major in Sustainable Development (SD), however after attending one semester in a SD class, he was concerned that the professor had only spoken of the implications of climate change, without commenting on the potential solutions. After sharing his concerns with a friend, he was informed of the Appropriate Technology major (AT, since changed to sustainable technology), which is essentially a degree in renewable energy solutions. Ed quickly switched his major over to AT, and thoroughly enjoyed his time in that major, specifically focusing his studies on solar PV design, among others.

After graduating from Appalachian State, Ed found work as an intern at a solar company in Asheville, NC, and this quickly turned into a full time position. Once he had established himself in the industry, Ed sought his long term goal of being an owner of a solar company, and joined his old colleague Jacob Benton as co-owner at Rhino Renewables Solar & Electric. Ed’s focus in the Solar industry is on good sound technical design, ethical sales practices, and installing as much feasible solar as possible to offset the environmental impacts in the modern world. You will find Ed around Asheville mountain biking, playing soccer, hiking, kayaking/canoeing, and spending time with his wife Olivia, and Australian Shepherds, Rio Boogy and Penny Boone.